The Legend of Muay Thai: 9 Satra

The mystical kingdom of Ramthep City is under siege by the demonic Yaksas. Led by their merciless Lord Dehayaksa, the innocent citizens of Ramthep struggle under the tyranny of Yaksa control, the darkness of the Yaksas spreading to all corners of the kingdom. A prophecy of a man born under the blessed star of Leo, a man that can use Ramthep’s most ancient weapon, a mythical stone that represents the spirit of Muay Thai. The 9th Satra. General Paan, escaping from Dehayaksa’s army with the 9th Satra through the secret tunnel beneath the Throne Room. Also in his charge is OTT, a baby Paan has rescued from the Yaksas that destroyed his village. Pursued by Dehayaksa’s merciless tracker BLACKJAGER, Paan barely escapes into a violent storm, keeping the 9th Satra and Baby Ott safe from the enemies of Ramthep. Many years pass, and Ott live his life on a remote island of Nok Ann where he is trained in the martial art of Muay Thai to finish the mission Paan began so many years ago of delivering this sacred weapon to the Prince of Ramthep to fulfill the prophecy. As Ott began his journey to the city of Ramthep and with the help of three friends, Xiaolan, Red Azura and Va-ta. Together they set out for the dark land of Ramthep. Evil tracker Black Jagger Guided by the power of the 9th Satra and the certainty of his mission, Ott defeats Dehayaksa in combat, fulfilling the prophecy and setting Ramthep City free of Yaksa control. The Prince of Ramthep takes the throne, and a new era of peace comes to Ramthep City. 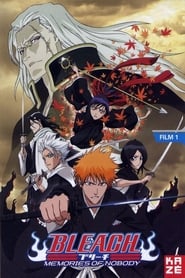